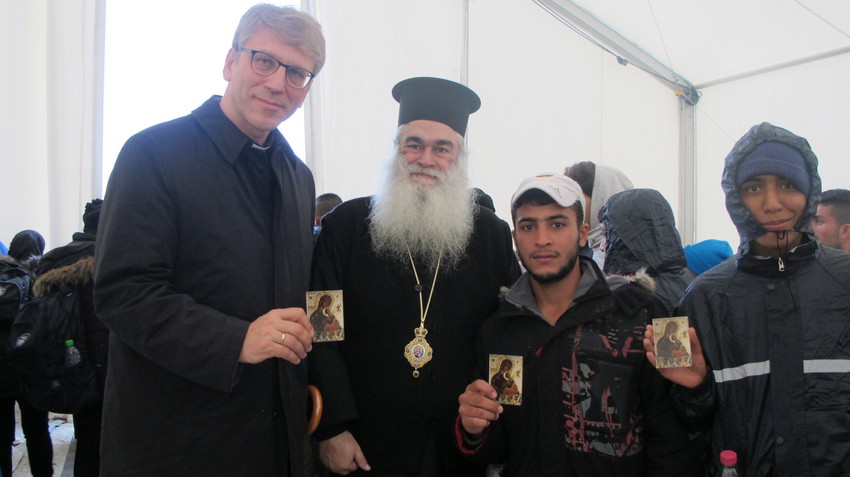 Representatives of the World Council of Churches visited Greece 14-18 October to strengthen efforts in support of refugees in Europe and the Middle East. The delegation also included H.E. Metropolitan Prof. Dr Gennadios of Sassima, vice moderator of the WCC central and executive committee and Marianne Ejdersten, director of WCC Communication. Prof Dr Dimitra Koukoura, member of the WCC central committee joined the delegation in Thessaloniki. The WCC solidarity visit was hosted by the The Ecumenical Patriarchate of Constantinople and the Church of Greece.