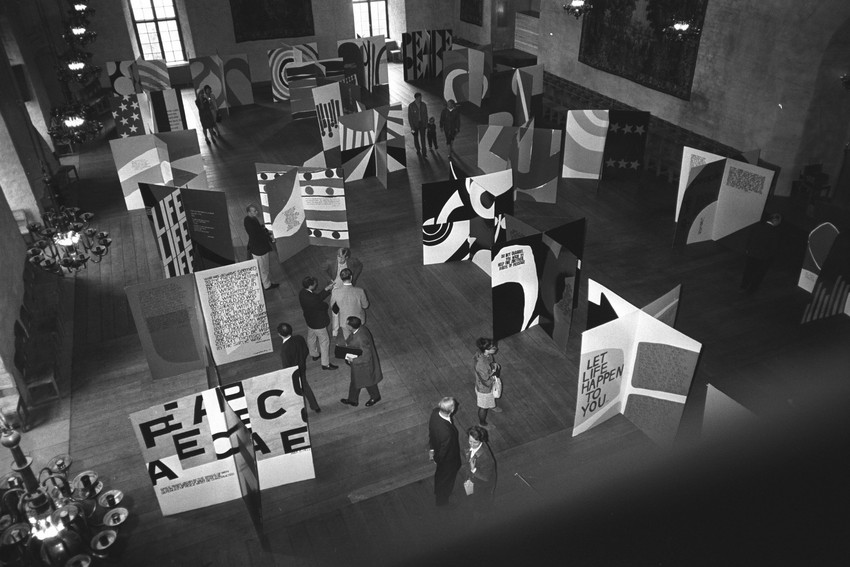 A pop art exhibit by famed artist Sister Mary Corita and her students from Immaculate Heart College in Los Angeles, California, is featured at the fourth Assembly of the World Council of Churches, Uppsala, Sweden, 1968. .Archbishop emeritus Hultgren, chairman of the Swedish Ecumenical Council, inaugurated the exhibition in Uppsala Castle on July 10. The exhibit was especially commissioned for the fourth Assembly under the direction of John Taylor, the WCC's photographer. The exhibit consists of more than 200 8-sided panels on the theme of peace. Sister Corita, who is chairman of the art department at the California Roman Catholic college for women, has been called a "joyous revolutionary" and "one-woman aggiornamento".