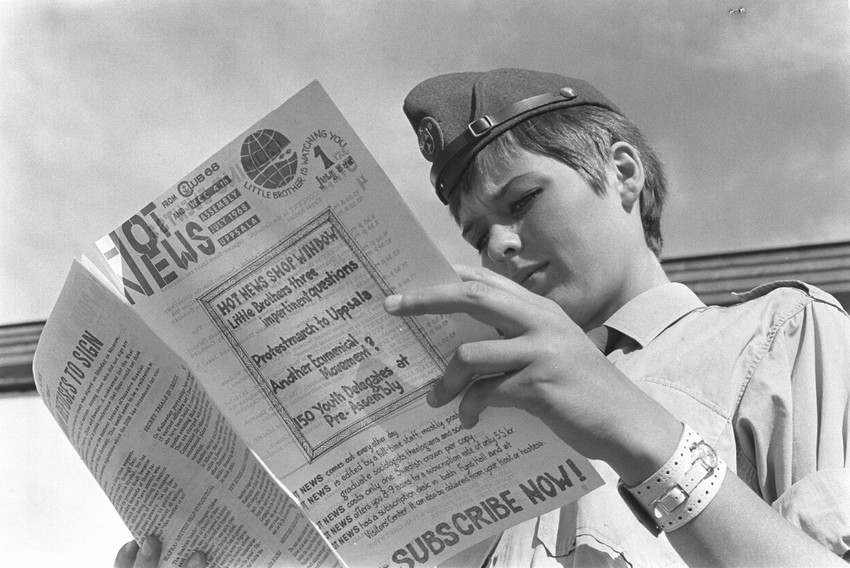 One of the volunteer bus drivers at the WCC Fourth Assembly, Uppsala, Sweden, 1968, reads a copy of "Hot News", an independent publication giving news of "Club 68" and the Assembly. Club 68 is the meeting place for young people during the Assembly, organised by the Student Christian Movements in Uppsala.