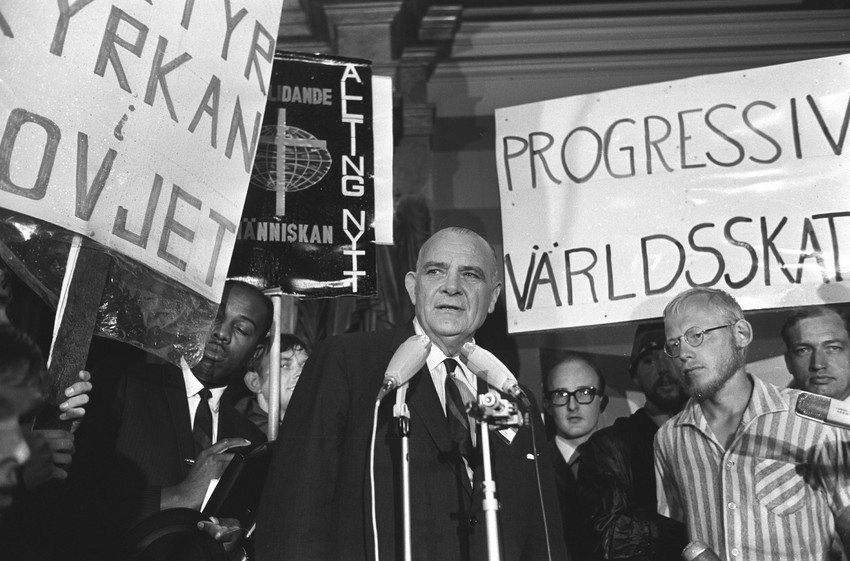 Dr Eugene C. Blake, general secretary of the WCC, responds to some 100 Swedish youth who presented him a petition addressed to the fourth Assembly of the World Council of Churches, Uppsala, Sweden, 1968. The petition contained a list of recommended actions by the Assembly, urging it "to say yes to an engagement in the social problems of the world". Dr Blake told the students that many of their recommendations were already a part of the Assembly's considerations. The petition was handed to Dr Blake by Hans-Erik Lindstrom, a Swedish theological student, who is standing next to Dr Blake.